Roadblaster is proud to introduce their latest Allison 1000 Billet Torque Converter to suit the popular 6 speed Allison 1000/2000 Automatic Transmission. These Allison transmissions are commonly found behind the Duramax motor. 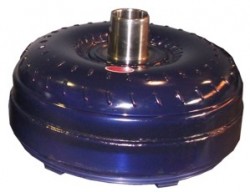 GM decided to offer this versatile 6-speed automatic transmission with the Duramax engine. Supplied by legendary transmission builder Allison. As strong and reliable as the transmission is, the Allison 1000  Torque Converter has been found to be both lacking in strength and reliability, and barely being capable of handling the power of the stock Duramax motor which puts out 220kw let alone one that has been upgraded and is putting out 500kw.
Here are some of the upgrades we do to our Heavy duty billet triple clutch torque converter:
Full steel Billet front cover – The OEM front cover is only 5mm thick and has six pads welded onto it to mount to the drive plate, this allows the cover to distort and allow the lock up clutch to slip under extreme loads. The heavy duty billet front cover is made from a solid piece of steel and is over 30mm thick, it also allows for greater surface area for the lock up clutch. 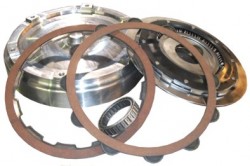 Triple clutch lockup – The OEM converter comes with a single clutch lock up plate, that tends to slip on the front cover under extreme loads, with our heavy duty triple clutch design all slippage is eliminated, as there is over three times more clutch surface area. When a clutch begins to slip it generates heat and becomes brittle, once this starts there is no stopping it, it will get progressively worse until the converter fails.
Full Furnace Brazing – All of our heavy duty billet Allison 1000/2000 converters come with fully furnace brazed Impellers and Turbines, the furnace brazing ensures that there is no flexing of Turbine, joining all the vanes together and making them as rigid as a solid piece. 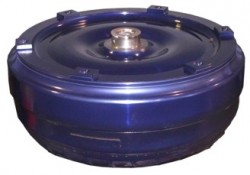